The League of Utah Writers just finished its 84th annual conference, renamed as the Quills conference last year. Since I'm the President-Elect of the League, I did a bunch of running around in the background. Luckily, I had a chance to catch a few of the awesome classes. 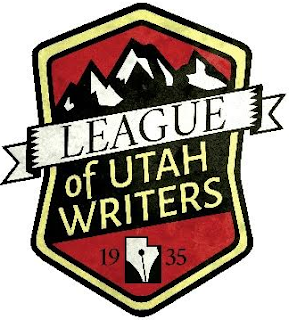 We had Michael Stackpole and Anne Hillerman visiting and teaching, along with several amazing out-of-state and local editors who took pitches. The majority of the teaching staff of about 35 people was made up of local authors, but that also included some folks who have been in the business for a while. I would name more of the awesome people who came to help out, but it's easier if I direct you to the league website to the Quills 2019 page. (The page may flip over to another conference or vanish eventually, but should be good for a while.) 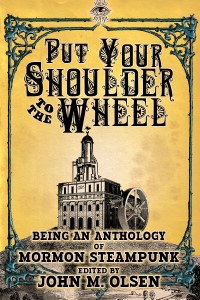 Aside from all the other winners in the writing contests, it turns out that an anthology I edited, Put Your Shoulder to the Wheel (published by Immortal Works), won a Gold Quill award. I'm officially an award-winning editor!

We're already planning for next year, and we want to pull out the stops for an 85th conference in 2020, but before that we'll have a smaller locals-only one-day conference on April 18th. That one will be my responsibility, but we have a dedicated conference committee that knows what they're doing. They make my job much easier.
Posted by John M Olsen at 5:05 PM No comments: Links to this post