I'm a finalist again this year for the upcoming 2017 DragonComet writing contest. The contest is run through LTUE each year in the spring. 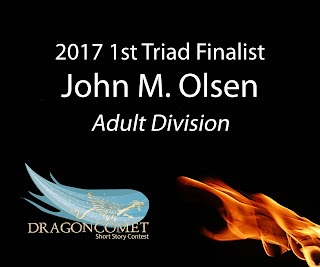 They run the contest in three triads where they pick finalists from each triad, then toss them all into a big cage match at the end. Well, not quite. They have professional writers and artists judge the entries together to determine winners and runners up.

Once the winners are announced at the LTUE conference, they publish an anthology of all the winning entries and some runners up. Here's the one from last year where I was a runner up and my friend Jay won first place in the writing competition.

You can get the previous anthology here and here. 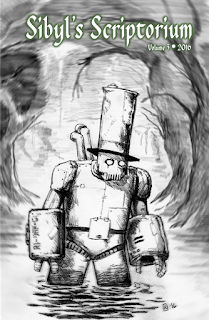 I attended an editing workshop sponsored by the League of Utah Writers a week ago, and got some good advice from a roster of speakers that spanned several publishers and professional editors.


Callie is an editor, and runs The Manuscript Doctor as a freelance editor.

Johnny is a local author with several books to his name, and is always easy to spot in a crowd.

I took lots of notes and had a great time. I got to sit next to my friend George, who has won an award as Utah's Biggest Liar five times. He's decided to branch out from verbal to written word.

They sent out an email with all the slide presentations, but, alas, that's for those who paid to attend. That's your incentive to sign up for the next workshop. :)

The advice on editing ranged from the lowest level of spelling and punctuation to the highest of flow and form. For any who think it's not that hard, give it a try and join the League. If you're right, you're a natural. if you're wrong, you're in the right place to learn what it takes.

Emma is at Future House Publishing, which is doing a wonderful job with their marketing, and involving their authors. I have friends publishing through them and have heard nothing but good about them. Her presentation on Point of View was great. It's something every editor needs to know inside and out, even if you're just editing your own work.

I don't know Angela well, but enjoyed her presentation on narrative structure. She went over scene and sequel structure, as well as how and when to use scene and chapter breaks.

We had Annette speak to our LUW chapter in Herriman a few weeks back as well. She's got quite a range of experience, and covered the nitty-gritty details of punctuation in this workshop.

Lisa covered voice. If you can't tell which character is speaking without dialog tags, you may have a problem.

This workshop was a great way to spend a Saturday afternoon. There's a workshop on Querying next month which should be just as good.
Posted by John M Olsen at 9:45 PM No comments: