I will be presenting at Fyrecon, a new conference on art and writing held June 8-10, 2017 in Layton, Utah. 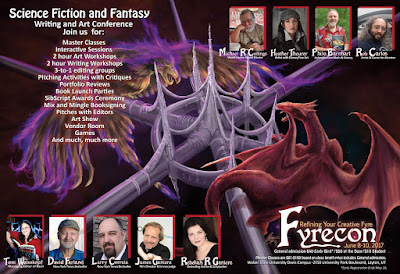 Here's where I'll be helping out: 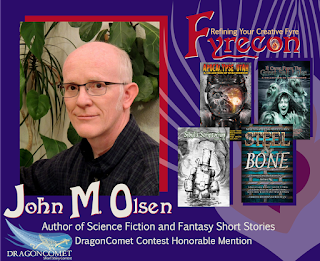 I guess that means I need to update my presentations page on the blog now. I like to at least reference the stuff I've done so I can remember later. "What was that one con where I did that one thing?"

This will be a lot of fun. Come on out and join us!
Posted by John M Olsen at 9:23 AM No comments:

Evolution of an Ebook Cover

Now, you must realize something. I'm a software engineer by trade. I do programmer art. For those not familiar with the term, it's what you get when the engineer drops placeholders into the project to be replaced by the art director later. Stick figures, colored boxes and the like.

I decided it was time to branch out my skill set a bit. I dug up this photo from a vacation last year where my wife and I visited Mount Saint Michael on the Normandy Coast. 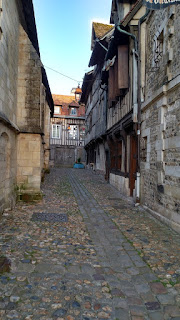 It looked medieval (being a castle and all), so I figure it would make a good base. Next, I needed a couple of characters. It's a night scene, so all I needed was silhouettes. To oldest son: "Hey, you. Can you come here for a minute? Wear this. Now hold your hands like so. Good. Now, look like someone's interrupting your sneaking. Cool. Thanks." 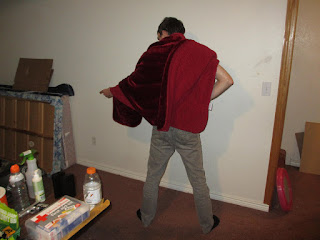 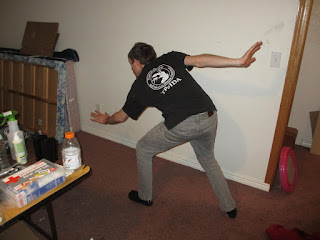 Next, came The Gimp. It does most of what I want for image editing, and it's free. I loaded everything up and made the silhouettes. I added some weapons to emphasize the fantasy theme. The level of detail here is not critical because of what I do later, but I kept the detail pretty high anyway. It was easy to add weapons and boots. 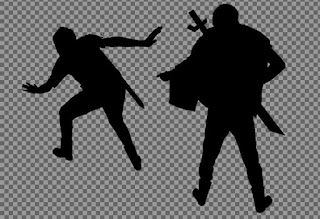 I'm making an ebook cover rather than print, so I set everything to 72 DPI. It took a bit of work to colorize the background to turn it into a night scene. Here's the final background with the silhouettes in place. 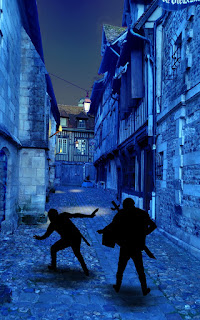 This looks a little goofy, so it's time for some artistic magic. I used FotoSketcher (also free) to turn it into this next image, which has an oil-painted feel to it. This is the result of several passes through the trial and error loop as I updated the base image, the silhouettes, and the FotoSketcher settings. 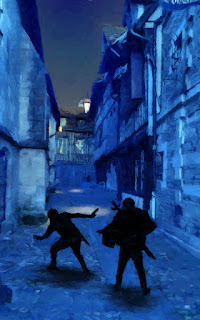 I combined my intermediate cover art with text, and both evolved over several passes. These are the covers I built, with the last one using a lightened version of the previous picture.

Me: How about this? 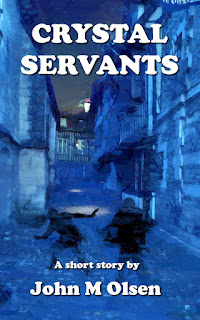 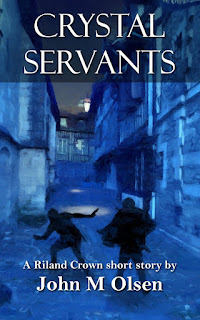 Me: I'll try something new with the text and lighten it up a bit. It prints darker, but since it's an ebook, I don't care how it prints. 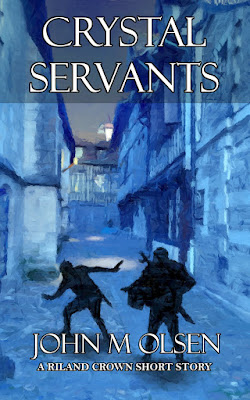 Ah. There we go. We're making progress. It's not perfect, but it's far enough up the curve that it will hold its own in comparisons. Now, let's read up on cover design and see what the experts say ... Crud. Reworking some more. 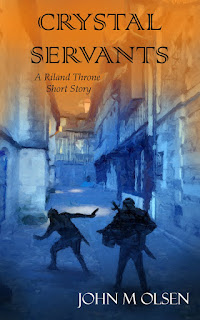 It's interesting how dangerous a little knowledge can be, isn't it? I have a new hammer, and everything looks like a nail. :)