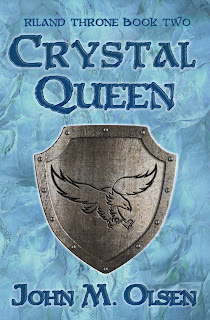 It's been released into the wild, to be found on Amazon and other sites. I'll have copies at FanX Salt Lake Comic Convention this week, so the whole week is sort of a blur so far with no sign of changing. :)

I received a detailed review from Guild Master Gaming which breaks things down into several categories and analyzes things quite well. You can find it here.

Later in the month, I have two book signings in the Salt Lake City area:

Time to get things ready for the rest of my busy week!
Posted by John M Olsen at 12:09 PM