As with many reclusive, shy authors, I'm not great at marketing and publicity. Putting myself into the public spotlight is awkward, and by nature, I'd rather sit at home and work on projects than go out among the teeming masses.

When you treat writing as a business, that doesn't work. Even though I still feel like I'm just getting started, I want to be seen as a reliable business partner and a successful author who makes things happen on schedule and to specification. That's the engineer in me leaking out into my writing.

I've had short fiction accepted and printed by several publishers, with more on the way. They've all been great to work with and helped me with my craft, and given me tidbits here and there on marketing and publicity. Here are the ones I'm closest to with either past or current work.


I've Also done several things to integrate myself into the amazing local writing community. These go beyond my writing.

Still, those things only go so far in building an audience of people who like to read what I like to write. With that in mind, we had Ann Hunter come out to speak to our LUW chapter several weeks ago about mailing lists. She told us about how she's used InstaFreebie to build a list and a bit of what she does with that list.

Armed with enough information to be dangerous, I wrote a short story set about ten years before my novel Crystal King, and I set it up as a giveaway with InstaFreebie. You might still be able to see the link for it at the top of my blog. I'll eventually change out that link for something else.

Just signing up, adding that link, and making a couple of Facebook and Twitter posts gave me a trickle of up to five people per day interested in reading the free story and joining my email list. Then I saw some facebook groups on extending my reach. My blog isn't a high-traffic mecca, so I wanted to bump things up to the next level. I joined some promotional events to put my free story into lists of other free things.

Two promos kicked in this week. Wow. I don't know how the week will end, but it's started really well. Yesterday I added fifty people, and we haven't hit the big push days yet. It's really cool to see that people are interested enough in my story to sign up, and have stuck through my string of emails talking about writing. Here are the links to the promos, both very well run by their organizers. 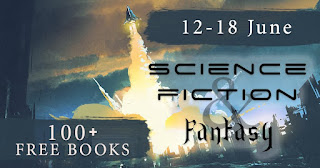 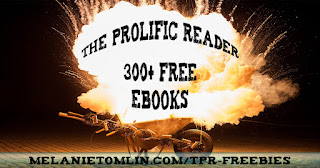 My first promo email where I share these events went out yesterday and another goes out tomorrow. These won't bump up my list because those people are already signed up. This is co-marketing with other writers because maybe their readers will be interested in adding my story to their to-be-read list, and maybe my subscribers will be interested in those other writers and their stories.

I'll use my list of new fans to keep them up to date as my release date nears, as well as giving them reviews and recommendations for other authors. My challenge now is to give them content worth their time.

Maybe I'll do a second write-up on publicity after my novel comes out to see what sort of difference it has made. The challenge there is that it's a first novel (mostly), so there's nothing to compare against besides other authors' debut novels. Stay tuned, and if you like horse stories, you can join Ann's mailing list.
Posted by John M Olsen at 2:47 PM